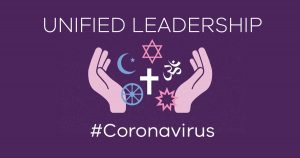 A statement from the Multifaith Advisory Group in response to the coronavirus crisis: Unified leadership at this unprecedented time

Religion and ceremony as of 9 April 2021

From 11:59pm on Friday 9 April 2021, Victoria has further relaxed its COVIDSafe settings. These changes are designed to balance getting Victorians back to doing the things they love while keeping in place measures to protect all that Victorians have worked so hard for.

Find out more on https://www.coronavirus.vic.gov.au/religion-and-ceremony

If you suspect you may have coronavirus (COVID-19) call the dedicated hotline – open 24 hours, 7 days. Visit https://www.dhhs.vic.gov.au/coronavirus

With agreement from Ven. Thich Phuoc Tan
Abbot of the Quang Minh Temple, Braybrook
President of the Buddhist Council of Victoria
Former President of the Australian Sangha Association

Find out more about the Australian Organ Donor Register

Making sure every Victorian understands what they can do to reduce their risk of coronavirus, is key to slowing its spread. The Victorian Government have launched a communications campaign across multicultural and in-language radio, print and social media. They have also made the materials from this campaign available for community groups to share with their networks. 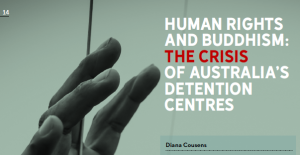 “Instead of a language of rights, Buddhism proposes a holistic view of an interdependent world where everybody matters. Everyone has the same aspirations for happiness, the same experience of suffering …”

writes Dr Diana Cousens, is Secretary of the Buddhist Council of Victoria and is a member of the Victorian Government’s Multifaith Advisory Group. She has a PhD in Himalayan Studies from Monash University and publishes on Engaged Buddhism and the Tibetan treasure tradition. She is the Founding President of Sakyadhita Australia (2016-2017), an organisation representing Buddhist women, and is an Honorary Fellow of the Australian Catholic University.

Climate change is the defining issue of our time, and religious and spiritual leaders have a key role to play in tackling this issue and spreading compassion and care for our environment with all the myriad of sentient beings dependent on a functioning healthy ecosystem. Inspired by the quest to see things how they really are, Buddhism equips its followers to accept the confronting science of climate change.

The Buddhist Council of Victoria advises its member temples and centres that it is in their interests to adopt a policy to manage sexual harassment and child abuse.

Buddhist  temples and centres need to be prepared to manage potential problems in an organised and planned way. The aim of the policy is to help to plan a response based on individual temple’s needs and circumstances and to think about the issues. The Council notes that sexual abuse and harassment are non-virtuous actions and in conflict with the Buddhist precept regarding sexual misconduct. The Buddhist Council advises all member organisations that they must comply with government requirements, such as the Working With Children Check.