In January 2011 the Health Care Chaplaincy Council of Victoria (HCCVi) approached the Buddhist Council of Victoria (BCV) to undertake the development of chaplaincy and spiritual care services for hospitals and other major healthcare facilities. The BCV accepted an annual grant of $15,000 from HCCVi as contribution towards the project and appointed a project
manager to begin the work.

The outcome of this project was Report on Buddhist Chaplaincy & Spiritual Care Project – Stage 1, launched on 24 April 2012 by The Hon. Nicholas Kotsiras MP, Minister for Multicultural Affairs and Citizenship, is available below.

Buddhist Care for they Dying

The BCV has contributed to the improvement of palliative care in the state of Victoria through the preparation of the booklet, Buddhist Care for the Dying.

The booklet is based on a simple questionnaire that was sent to all temples in Victoria. We asked questions like – what are good things to do around or for a dying person and what things should you avoid doing around a dying person?  Buddhism itself is not monolithic. There are substantial variations in ideas of what is good and what is not good between Buddhists of Sri Lanka, Vietnam, China, Japan and Tibet.

The printing of the booklet was principally sponsored by the Yun Yang Temple of Narre Warren as well as the Victorian Multicultural Commission. The Victorian Multicultural Commission also funded the distribution of the booklet to all hospitals, prisons, nursing homes and medical teaching establishments in the state. It was edited by Di Cousens who has subsequently given many talks on the subject of Buddhist palliative care to health providers and seminars.

As we build our Healthcare Chaplaincy capacity additional content will be made available incrementally on this page and other sections of the BCV website. 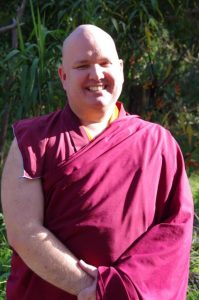